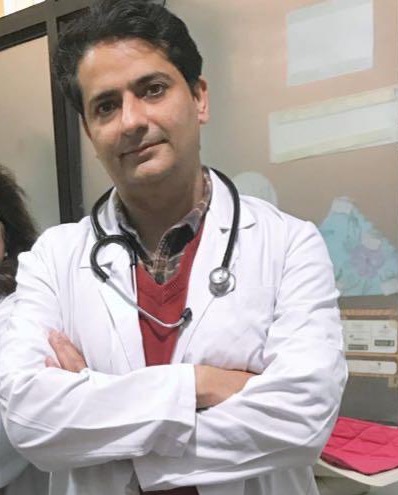 Doctor
Dr. S Narula is a postgraduate in pediatric medicine(MD)  from University College of Medical Sciences, Delhi in 2001. He worked in  Medical College Chandigarh for few years and then in  AIMS Cochi, where he worked in a level 3 neonatal ICU. He is working as a pediatrician and neonatologist at Cosmo mother and child hospital in mohali, punjab since 2005. With 20 years of experience in hand , his work and reputation among patients and doctors speaks for itself.

Impact on Mental and physical health of children during “ Study from Home ” Covid Era.

We all are aware of what the world has gone through in the last 2 years. Most of the schools remained closed and classes were conducted in virtual mode. It seemed easy at first, No waking up early, no transport to school, no packing of lunch. As the covid closure progressed, much longer than expected, the problems started to creep in. Most of the problems did not even look like problems until the limit was breached.

As a pediatric practitioner working for the last 20 years, new trends in child health were witnessed. Dry eyes, not being able to sleep became a routine complaint. Understandably, the screen time of children increased a lot, much beyond a safe recommended limit. This all was expected and easily manageable.  So, your child is suffering from this kind of situation, then fix the appointment with our specialized pediatrician doctors in Mohali.

One year later, while teaching was still online, a sharp upward trend was witnessed in weight records of children visiting for routine vaccinations. Less physical activity and access to eatables at home did the damage. Physical activity at school is as important as education. But at our center, your child will be able to do all physical activities after some sessions. We have experienced child specialist doctors in Chandigarh, Mohali at an affordable range.

Febrile illnesses were quite less though, thanks to social isolation and masks. Covid illness in children was also easily manageable. Post covid syndrome gave some jitters initially but as we got to learn more about it, early recognition and treatment prevented serious complications in the majority of kids.

Then came the unexpected. The epidemic of depression in children. It was disturbing to witness 3 adolescents within a month for whom I had to seek emergency psychiatric help. They had suicidal tendencies, Panic attacks, and nervous, even physical manifestations like tetany. Feeling of worthlessness and thoughts of ending life.

These numbers were significantly higher than what we, as general pediatric practitioners used to witness in pre covid times. The common things in all these kids were an addiction to phones. These were extreme cases that took help, the tip of an iceberg.

Even for infants and toddlers, there was a higher number of OPD visits for speech delays, delays up to the age where a red flag was raised. These kids had remarkable progress by changing the way their families interacted with them. Social isolation to any extent is not appropriate. It has been tough on children also, though not recognized often. We are the best pediatrician in Chandigarh, Mohali. So, visit us and get all kinds of guidance for your child.

Let’s hope that life is back to normal soon!!

What They Say About
Dr. Sunny Narula

Anamika
Read More
Dr Vandana and Dr Sunny make an excellent team. After 10 years of marriage and trying at various hospitals, i conceived with the help of Dr Vandana. Baby was taken care by Dr Sunny.
May God bless them.
Shobha
Read More
My baby was born premature at 28 weeks . She went through lot of complications but Dr Sunny Narula left no stone unturned to save the baby. He is highly dedicated doctor. Thanks to him, our baby is a bundle of joy for us 😀.
Gurmeetu Singh
Read More
Dr. is very responsible and take proper care of the patients and give proper attention to each and every patients for their all the problems I am very satisfied and thankful to her.

With 20 years of experience, we understand the needs of our patients .